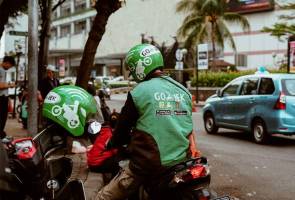 I am not interested to know who was the prominent politician who became the first voice of proposing the idea of making the Gojek a reality in this country.

That's not important. The most important thing now is if such a ride-hailing service is being considered by the government to be on the roads, would it be a safe transport service for all of us?

Just look at how food delivery riders deal with their motorcycles.

I bet that I'm not the first and only man to notice their 'insanity' on the roads. There are many of you who do the same of feeling unsafe for them.

Not all but most of them are not so sensitive about riding safely on the roads as if they are specially built for the riders.

Roads are shared and as a shared infrastructure, it needs mutual tolerances of its users, including me, an urban car driver.

If ride-hailing services like Gojek are serious about being ridden for a living, the government has to be precise on regulating future riders who really want to be in the business.

Having just a yay say on it is not enough. The business is not only about picking up passengers, sending them home and getting paid, but it's also about securing irreplaceable lives that can never be substituted with stacks of cash.

To me, from my perspective as a graduate of transport study, a ride-hailing service would be realistic if there will be dedicated lanes on urban roads, especially in the brouhaha town of Kuala Lumpur, for riders to deliver their trips.

In other words, they would not be on the same road lanes as others while sending their customers to end destinations.

Doing so doesn't mean to alienate them, but it's a greater deal for the passengers to be convinced of the safety of the so-called Gojek.

As we all visibly realise, reducing numbers of cars on the roads won't be real as there are more new car models being advertised and sold in the market.

And having them in the market, ironically in this feverish economy, doesn't even demoralise people from having excitement of getting their loans approved and owning the cars.

The intention of making the KL a free-congested city seems to be a mission impossible, and getting ride-hailing on the roads would be adding advantages to daily urban commuters to be at work without being stressful for being late.

Besides the dedicated lanes, the motorcycles used by ride-hailing riders must be, of course, regularly inspected and uniformly equipped with certain safety and customer-friendly features that can even attract corporate bosses or politicians to be their passengers.

Being not punctual at destinations would no longer be a problem if the being-proposed ride-hailing service is greenlighted without the government being reluctant on interpreting the expressed ideas of mine into its future implementation.

I believe that the public agrees to providing 'Mat Moto' a job, and remunerative rides like Gojek would be applauded if it isn't just a plain "governmental support" of adding rooms of employment, but it's also made a governmental responsibility of ensuring the safety of people's logistics.

* Amerul Azry Abdul Aziz is an independent writer who now views politics as something that can be researched.

** The views and opinions expressed in this article are those of the author(s) and do not necessarily reflect the position of Astro AWANI.