Ilias Ennahachi prepared to swim with the shark in Bangkok 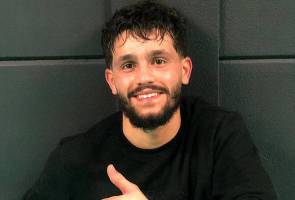 ILIAS Ennahachi desires to lift the ONE Championship World Title in his debut inside Bangkok’s Impact Arena at ONE: DREAMS OF GOLD on Friday, 16 August.

However, standing in his way of glory is none other than the ONE Flyweight Kickboxing World Champion “The Baby Shark” Petchdam Petchyindee Academy.

The Thailand martial artist has been one of the most exciting and youngest ONE Super Series stars, but Ennahachi knows that he is equally good.

“Compared to others in ONE Championship, my motility and style are different. You can’t compare my style to somebody else. I’m a different kind of fighter,” he pointed out.

“I’m very confident for this fight because I’m 100 percent sure no one is training harder than me.”

The Utrecht resident boasts a stellar 34-3 record with 13 of those coming by way of knockout.

Despite his young age of 23, the Dutch-Moroccan has proven on several occasions that he can pull off a victory when it matters most – owning six kickboxing titles which include four Enfusion World Championship belts, a Blade World Championship, and a WFL World Title.

“I’m fighting for the World Title in ONE Championship. How nice would it be to win that in my debut? It looks like [ONE] respects me, and that’s a great feeling,” Ennahachi said.

“It’s my first time, and I’m competing against a superstar and a champion. This gives me power and hunger to show and prove myself to the audience, and to give the people what they want to see.”

Petchdam will provide stiff competition to Ennahachi’s unique skillset, but the latter is not bothered about it too much.

He knows what weapons he has to worry about, but stresses that his hunger for success will lead him to a seventh World Title.

“I didn’t study him that much, but one thing that I noticed is that he is using his left kick very often,” the 23-year-old shared.

“I’m not going to tell you what his weaknesses are – that’s between me and my coach. But you’ll notice during the fight that my complicated style will make a difference.”

Catch these two athletes go at one another in the night’s main event of ONE: DREAMS OF GOLD on Friday, 16 August.